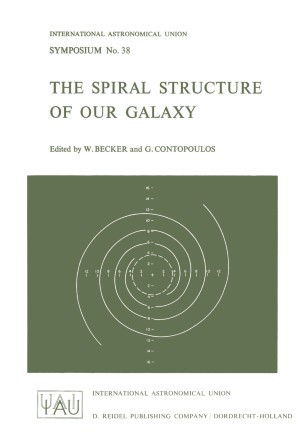 The Spiral Structure of Our Galaxy

The idea of the organization of a Symposium on Spiral Structure came at a special meeting of Commission 33 on Spiral Structure during the 12th General Assembly of the IAU in Prague, 1967. So much interest was shown during this meeting that one of us proposed a special Symposium on the 'Spiral Structure of Our Galaxy' for 1969. The response was immediate and it was finally agreed upon holding the Symposium in Basel, a center of galactic research in the center of Europe. During the next months a special 'List of Problems', related to this Symposium, was sent to many prospective participants by the president of Commission 33. This stimulated an increase of interest in problems of galactic spiral structure and a con­ centrated effort on some problems. The organizing Committee of the Symposium was composed of Drs. L. Woltjer (president), W. Becker, A. Blaauw, B. J. Bok, G. Contopoulos, F. J. Kerr, C. C. Lin, S. W. McCuskey and S. B. Pikel'ner. Most of the work for the organization of the Symposium was carried by Dr. L. W oltjer. The Local Committee, composed of Drs. W. Becker, U. W. Steinlin, R. P. Fenkart, and G. A. Tammann, made every effort to secure the success of the Symposium. Most of the credit goes to Dr. Steinlin. The Symposium was supported financially by the IAU and by the Swiss National Science Foundation. The meetings took place at the University of Basel, which provided also secretarial help and many other facilities.