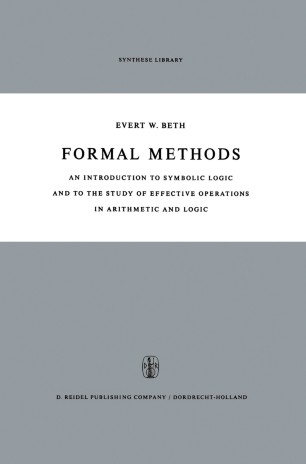 Many philosophers have considered logical reasoning as an inborn ability of mankind and as a distinctive feature in the human mind; but we all know that the distribution of this capacity, or at any rate its development, is very unequal. Few people are able to set up a cogent argument; others are at least able to follow a logical argument and even to detect logical fallacies. Nevertheless, even among educated persons there are many who do not even attain this relatively modest level of development. According to my personal observations, lack of logical ability may be due to various circumstances. In the first place, I mention lack of general intelligence, insufficient power of concentration, and absence of formal education. Secondly, however, I have noticed that many people are unable, or sometimes rather unwilling, to argue ex hypothesi; such persons cannot, or will not, start from premisses which they know or believe to be false or even from premisses whose truth is not, in their opinion, sufficient­ ly warranted. Or, if they agree to start from such premisses, they sooner or later stray away from the argument into attempts first to settle the truth or falsehood of the premisses. Presumably this attitude results either from lack of imagination or from undue moral rectitude. On the other hand, proficiency in logical reasoning is not in itself a guarantee for a clear theoretic insight into the principles and foundations of logic.