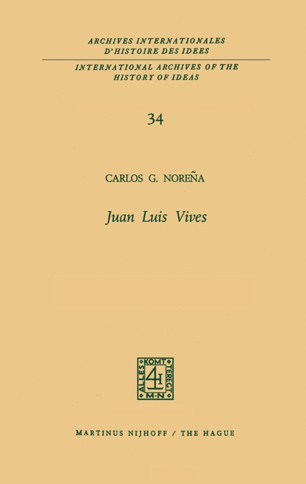 Humanism has constantly proclaimed the belief that the only way to improve man's life on earth is to make man himself wiser and better. Unfortunately, the voice of the humanists has always been challenged by the loud and cheap promises of scientists, by the inflammatory tirades of politicians, and by the apocalyptic visions of false prophets. Material greed, nonsensical chauvinism, racial prejudice, and religious antagonism have progressively defiled the inner beauty of man. Today's bankruptcy of man's dignity in the midst of an unparalleled material abundance calls for an urgent revival of humanistic ideals and values. This book was planned from its very start as a modest step in that direction. It is not my intention, however, to attempt, once again, a global interpretation of Humanism in general, or of Renaissance Humanism in particular. I have been dissuaded from such a purpose by the failure of contemporary scholars to agree on such basic issues as whether the Renaissance was a total break with or a continuation of medieval culture, whether it was basically a Christian or a pagan movement, whether it was the effect or the cause of the classical revival. Instead, then, of discussing the significance of sixteenth century humanism, this book concentrates upon the life and the thought of a single humanist.