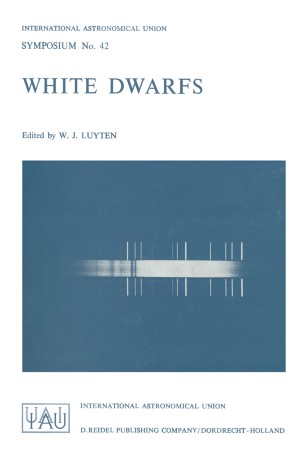 When the Executive Committee of the International Astronomical Union asked me, in 1968, to organize a Symposium on White Dwarfs it became evident that members of at least four Commissions of the IAU should participate, and that the most oppor­ tune place, and time to hold such a Symposium would be somewhere in the British Isles and just preceding the Fourteenth General Assembly at Brighton in August, 1970. After a preliminary correspondence with Dr. D. W. N. Stibbs it was decided to accept his invitation to hold the Symposium at St. Andrews University, Scotland, while the dates 11-13 August 1970 were selected. I am sure I speak for all the partici­ pants of the Symposium when I express our deep gratitude to Dr. Stibbs for the admirable way in which he planned and organized this meeting down to the smallest details - the success of the conference is due in no small measure to his continuous and painstaking efforts. An organizing committee was formed, consisting of O. J. Eggen (Photometry), J. L. Greenstein (Spectroscopy), A. G. Masevitch (Stellar Interiors), V. Weidemann (Stellar Atmospheres), D. W. N. Stibbs (local chairman), with myself (Proper Motions and Parallaxes) as overall chairman.