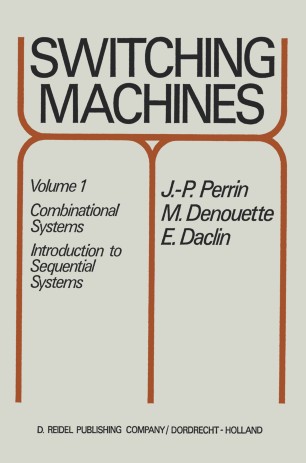 We shall begin this brief section with what we consider to be its objective. It will be followed by the main outline and then concluded by a few notes as to how this work should be used. Although logical systems have been manufactured for some time, the theory behind them is quite recent. Without going into historical digressions, we simply remark that the first comprehensive ideas on the application of Boolean algebra to logical systems appeared in the 1930's. These systems appeared in telephone exchanges and were realized with relays. It is only around 1955 that many articles and books trying to systematize the study of such automata, appeared. Since then, the theory has advanced regularly, but not in a way which satisfies those concerned with practical applications. What is serious, is that aside the books by Caldwell (which dates already from 1958), Marcus, and P. Naslin (in France), few works have been published which try to gather and unify results which can be used by the practis­ ing engineer; this is the objective of the present volumes.