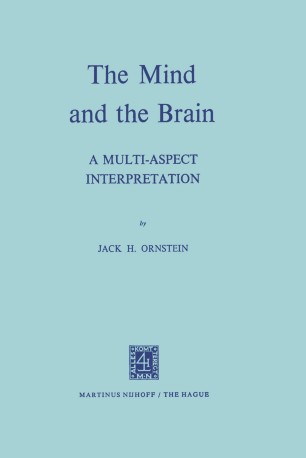 The Mind and the Brain

2 no predictions or experimental findings based on the Identity Theory differ from those based on mind-brain Parallelism or Epiphenomenal­ ism, i.e., Dualism in general. The Identity Theory, therefore, must stand or fall on its reputed conceptual advantages over Dualism. Then the conceptual issues at stake in the mind-brain problem are discussed. The kernel of truth present in the Identity Theory is shown to be obscured by all the talk about reducing sensations to neural processes. An attempt is made to characterize pain adequately as a pattern or complex of bodily processes. This view is then reconciled with the asymmetry in the way one is aware of one's own pains and the way in which others are. This asymmetry constitutes an epistemological dualism which no philosophical theory or scientific experiment could alter. The sense in which experiences are both mental and physical is thus elucidated. A Multi-Aspect Theory of the mind is presented and defended. Five aspects of pain are discussed in some detail: experiential, neural, bodily, behavioral and verbal. Having a mind characteristically involves having all of these features except the bodily (i.e., a physical irregularity). Thus having a mind characteristically entails having experiences and a healthy, functioning brain. It also involves being able to act and speak reasonably intelligently.