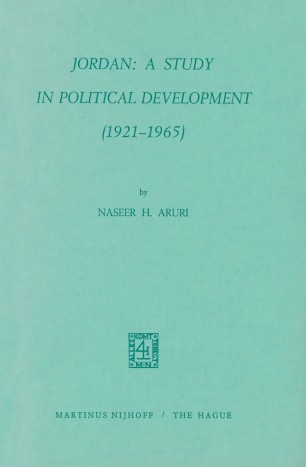 The past decade has been a period of excessive fiuctuation fluctuation in the distribution and exerciseof exercise of power power in in Jordan, Jordan, and and the the land land and and the the people people have have passed passed through through some some of the most agonizing moments of their history. The political climate has been polluted with suspicion and repression, and even when peace and tranquility retumed, returned, the determinants ,¥ere ,,,,ere the the external extemal factors, factors, rather rather than than the the internal intemal maturity maturity and and harmony harmony of the system to create conditions of life which could ensure respect respeet for law lawand and liberties liberties among among the the rulers, rulers, and and trust trust and and confidence confidence among among the the subjects. subjects. The The defeat defeat of Arab armies in June, 1967 stimulated the rise of a Palestinian resistance movement based in Trans-Jordan, commonly known as the East Bank. This element has given a new dimension to Jordanian politics. The government and Commandos are at cross-purposes on practically every issue of public policy. The civil war and the blood-shed it it entailed entailed have have further further critically critically strained strained relations relations between between the the two. two. This This has has perpetuated perpetuated an an atmosphere atmosphere of chronic tension and insecurity in the country.