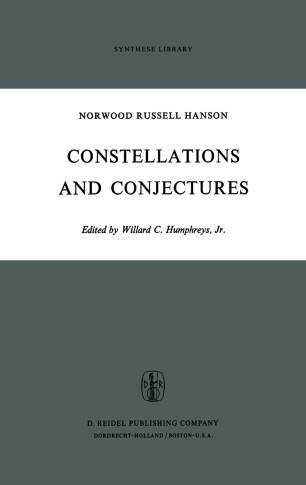 An occurrence is explained by being related to prior events through known laws. Other intellectual activities may also constitute explanation - but this much certainly does. Ideally, an explained occurrence (0) could have been predicted in a connected way - by extrapolation from prior events (e) via the same laws (L). Schematically, 1 Explanation: 0 -Lt, 2, 3-(e e e )'-AI t 2 3 01 Prediction: (e e e )I-L , 2, 3_ +.11 t 2 3 t Thus Mars' backward loop in late summer, 1956, is explained by showing how this follows from (e ) its mean distance from sun and earth, (e ) its t 2 mean period of revolution, (e ) its past positions relative to earth, etc. 3 - by way of the laws of Celestial Mechanics (including (Lt) Kepler's Laws and Galileo's, (L2) Newton's, and (L3) those of Laplace and Lagrange. Moreover, this loop (0) could have been predicted from such events (e -e ) via the laws of Celestial Mechanics. t 3 This is an ideal situation. It crystallized late in the history of planetary theory. The Greeks found explanations for heavenly motions: the back­ ward loops were explained to their satisfaction. But they could not predict these motions, not in terms of Attic explanatory cosmologies.