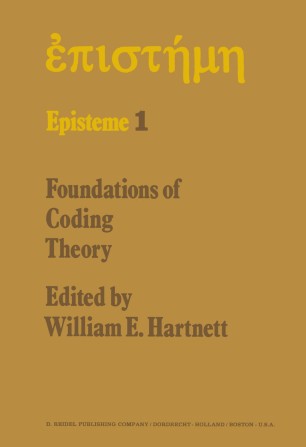 During the sixteenth century, Cardano wrote a fascinating work called The Book on Games of Chance. In it he gives an extremely candid recount­ ing and personal appraisal of some aspects of his most remarkable life. * One feature of the book is striking for the modern scientist or mathemati­ cian accustomed to current publishing practices. It is brought out during Cardano's discussion of his investigations of certain special questions of applied probability, namely, the question of how to win at gambling. His technique is simplicity itself: in fine reportorial style he reveals his proposed strategy for a particular gambling game, giving marvelous motivating arguments which induce the reader to feel warm, heartfelt support for the projected strategy. Then with all the drama that only a ringside seat observation can bring, Cardano announces that he tried the strategy at the casino and ended up borrowing his taxi fare. Undaunted by failure, he analyzes his now fire-tested strategy in detail, mounts new and per­ suasive arguments, and, ablaze with fresh optimism and replenished resources, charges off to the fray determined to now succeed where he had so often failed before. Along the way, Cardano developed a number of valuable insights about games of chance and produced useful research results which presumably would be of interest in our present-day society. However, he could never publish the results today in journals with all the flair, the mistakes, the failures and minor successes which he exhibits in his book.