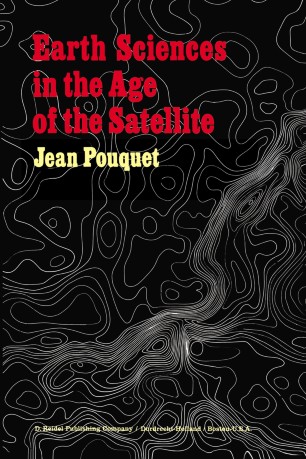 Earth Sciences in the Age of the Satellite

Renaissance man " ... discovered many a mechanical marvel .... The achievement of the astronauts '" opened up comparable prospects to the men of today, but of infinitely wider scope". C. LUCET, French Ambassador to the United States.· "Any future ... must inevitably pass through the channel of combined disciplines ... (from which) will arise a humanization of state-of-the-art technology, and updating of methods of Earth Science." Author unknown.·· "It is difficult to say what is impossible, for the dream of yesterday is the hope of today and reality tomorrow." ROBERT GODDARD, American physicist. This'phrase has become the symbol of NASA . • Is there a crisis of the spirit?, Bu/. Soc. Prof. Fr. en Amer. (1969) p. 9. *. La recherchespatiale [Space Research] (May 1969) p. 15. INTRODUCTION FROM GALILEO TO ALDRIN AND ARMSTRONG In 1610, Galileo observed the surface of the Moon through the lens which bears his name and announced that, contrary to official opinion, its surface was irregular and not smooth. We now know that this observation -and many others ofGalileo-was a correct one, but the opposition that always arises against research too far ahead of its time resulted in his condemnation.