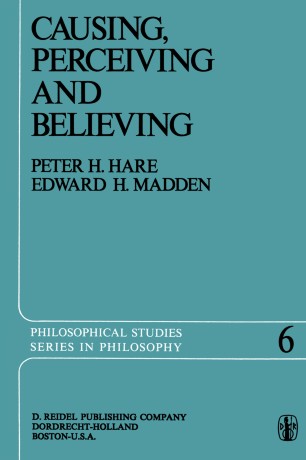 An Examination of the Philosophy of C. J. Ducasse

Although a succession of fashions swept the American philosophical scene, C. J. Ducasse was throughout his long career an effective practitioner of analytic philosophy in the classic tradition. As he explained in 1924 "[i]t is only with truths about such questions as the meaning of the term 'true', or 'real', or 'good', and the like . . . that philosophy is concerned. " Such truths are to be discovered inductively by comparing and analyzing concrete cases of the admittedly proper u/le . . . The pressing problems of philosophy are thus in my view primarily problems of def'mition, and moreover, problems of framing def'mitions which must be in formal terms, under penalty of not being otherwise understandable by or acceptable to one or another philosophical school, since the formal elements of thought and tp. ey only are common to all schools. These def'mitions, of course are not to be arbitrary; their relation to the facts of admittedly meaningful linguistic usage is the same as exists between any scientific hypothesis and the facts which it attempts to 1 construe.