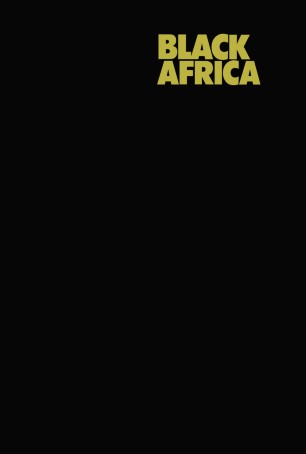 In October 1972, our Czech-written book Literatury eerne Afriky (Literatures of Black Mrica) was published in Prague, presenting a survey of an extensive field. The publication, which was signed at that time by all three authors, differed from most contemporary introductions to the study of Mrican literatures in a threefold way: a) The authors attempted to cover various literacy and literary efforts in the area roughly delimited by Senegal in the west, Kenya in the east, Lake Chad in the north and the Cape in the south. We were well aware-even at that time-that neither technically nor linguistically would it be possible to cover all literary efforts within that area. We did try, however, to include in our survey both the literacies and literatures written in the Indo-European linguae francae (English, French, Portuguese) and in at least several of the major African languages of the area. We did not attempt an exhaustive description, but wished, rather, to show the mutual relationships which emerge, if the literatures of thii\ area, written either in the major linguae francae or in the African languages, are studied not as isolated phenomena, but as mutually complementary features. b) As two of us were linguists and one was a literary historian, we did not limit our analysis of the developing literacies and literatures to the purely cultural and literary aspects. Our intention waR to deal-whcre and if it was relevant-not only with the process of African literary development, but also with the simultaneous, complementar.