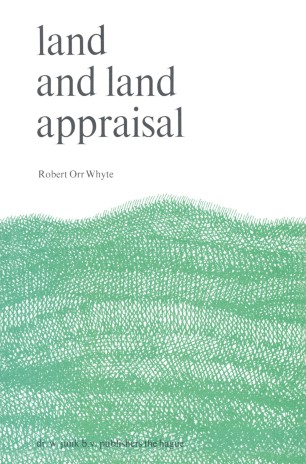 This book is designed to present those principles and techniques for land appraisal which are applicable to all developing countries. Examples of specific situations in which these techniques have been or might be adopted are taken primarily from monsoonal and equatorial Asia. It is in this region that the land/food/population problem is most acute. It is also the writer's region of specialization; over the past ten years out of a total of some twenty-five years working in or closely concerned with Asia, an attempt has been made to examine the major problems ofland potential in relation to rural economy and nutrition in the whole region, and in particular to show to what extent its different parts resemble or differ from each other. The geographical scope comprises mainland southern, southeast and east Asia, from Pakistan to the People's Republic of China and Korea, with the insular monsoonal and equatorial lands of Sri Lanka, Indonesia, East Malaysia, Philippines, Taiwan and Japan (part). International and bilateral agencies and specialists outside Asia repeatedly insist that Asia must learn to feed itself from the produce of its own land, or from imported foods paid for by the exports of primary and secondary commodities and of manufactured products to the developed world.