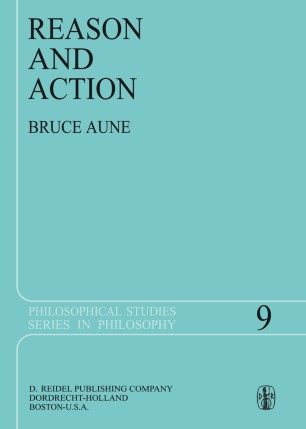 Philosophers writing on the subject of human action have found it tempting to introduce their subject by raising Wittgenstein's question, 'What is left over if you subtract the fact that my arm goes up from the fact that I raise my arm?' The presumption is that something of particular interest is involved in an action of raising an arm that is not present in a mere bodily movement, and the philosopher's task is to specify just what this is. Unfortunately, such an approach does not take us very far, since a person could properly be said to raise his (or her) arm while asleep or hypnotized even though he (or she) would not be performing an action in the sense of 'action' with which philosophers are particularly concerned. To avoid this kind of difficulty I shall approach the subject of human action is a more academic way: I shall expound some important rival theories of human action, and introduce the relevant issues by commenting critically on those theories. One of the issues I eventually introduce is a metaphysical one. A theory of action makes sense, I contend, only on the assumption that there are such 'things' as actions (or events). After considering some key arguments bearing on the issue I conclude that, as matters currently stand in philosophy, a metaphysically noncommittal attitude toward actions and events seems justified.