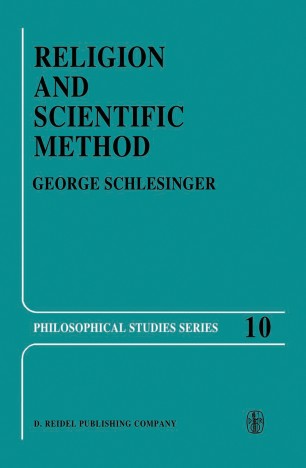 I With the immense success of modem science it has generally become accepted that the only way to acquire knowledge is by the use of the method uniformly practiced by working scientists. Consequently, the credibility of the claims of religion, which seem to be based on belief in revelation, tradition, authority and the like, have been considerably shaken. In the face of the serious threat provided by the ascendancy of modem scientific method­ ology, religious thinkers have adopted various defensive attitudes. Some have retreated into an extreme position where Theism is completely safe from any attack on it by the use of empirical methods of inquiry, maintaining that contrary to appearances, religion makes no factual claims whatsoever. To be religious, they say, is to subscribe to a certain value system; it is to adopt a set of practices and a given attitude to the meaning and purpose of life without making any assertions about this or that empirical feature of the universe. Others wishing to remain more faithful to what religion traditionally meant throughout the ages, agree that Theism does make factual claims but that these are so radically different from the kind of claims made by science that it is only right that they should be established by a separate method on its own. In matters of faith reliance on widely entrenched tradition and sacred authority is not objectionable according to some.