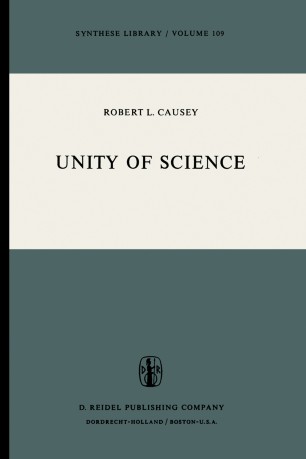 The first section of this chapter describes the major goals of this investiga­ tion and the general strategy of my presentation. The remaining three sections review some requisite background material and introduce some terminology and notation used in the book. Section B contains a brief review of some of the ideas and notation of elementary logic and set theory. Section C contains an introductory discussion of kinds and at­ tributes. Section D presents some basic ideas about laws and law­ sentences. A. GENERAL PLAN OF THE BOOK Basic scientific research is directed towards the goals of increasing our knowledge of the wor1d and our understanding of the wor1d. Knowledge increases through the discovery and confirmation of facts and laws. Understanding results from the explanation of known facts and laws, and through the formulation of general, systematic theories. Other things being equal, we tend to feeI that our understanding of a c1ass of phenomena increases as we develop increasingly general and intuitively unified theories of that c1ass of phenomena. It is therefore natural to consider the possibility of one very general, unified theory which, at least in principle, governs all known phenomena. The dream of obtaining such a theory, and the understanding that it would provide, has motivated an enormous amount of research by both scientists and philosophers.