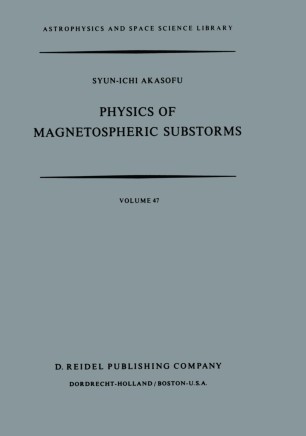 Man, through intensive observations of natural phenomena, has learned about some of the basic principles which govern nature. The aurora is one of the most fascinating of these natural phenomena, and by studying it, man has just begun to comprehend auroral phenomena in terms of basic cosmic electrodynamic processes. The systematic and extensive observation of the aurora during and after the great international enterprise, the International Geophysical Year (lGY), led to the concept of the auroral substorm. Like many other geophysical phenomena, auroral displays have a dual time (universal- and local-time) dependence when seen by a ground-based observer. Thus, it was a difficult task for single observers, rotating with the Earth once a day, to grasp a transient feature of a large-scale auroral display. Such a complexity is inevitable in studying many geophysical features, in particular the polar upper atmospheric phenomena. However, it was found that their complexity began to unfold when the concept of the auroral substorm was introduced. In a book entitled Polar and Magnetospheric Substorms, the predeces­ sor to this book, I tried to describe the auroral phenomena as completely as possible in terms of the concept of the auroral substorm. At that time, the first satellite observations of particles and magnetic fields during substorms were just becoming available, and it was suggested that the auroral sub storm is a manifestation of a magnetospheric phenomenon called the magnetospheric substorm.