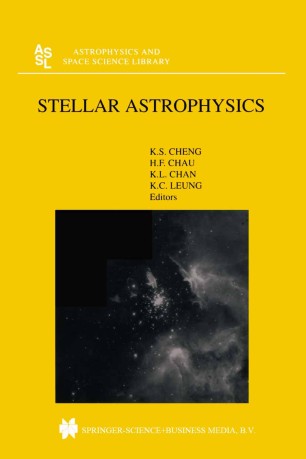 Proceedings of the Pacific Rim Conference held in Hong Kong, 1999

The Pacific Rim Conference originally started with one research concentration only - binary star research. The first Conference was held in Beijing, China, 1985, the second one in Seoul and Taejon, South Korea, 1990 and the third one in Chiang Mai, Thailand, 1995. In recent years, the conference series evolved into a much broader area of stellar astrophysics. The first such conference was held in Hong Kong in 1997. Kwong-Sang Cheng, a. k. a. one of the three Musketeers, documented the "accidental" development in writing in the Proceedings of the 1997 Pacific Rim Conference on Stellar Astrophysics (Volume 138 of the ASP Conference Series)! The meeting at Hong Kong University of Science and Technology covered three major topics: binary stars, compact stars and solar type stars. The conference was extremely successful. There was a general feeling among the participants that the conference on stellar astrophysics provided a good means to share ideas between such closely related disciplines. Unfortunately after the very successful meeting at HKST, Kwing L. Chan (another Musketeer) thought that he had already served and would not like to chair for another LOC for at least five years! After a few drinks at one of the watering holes in Wan Chai district of Hong Kong, Kwong-Sang Cheng was in very hiRh spirit and volunteered to taking on the responsibility of hosting the 51 Pacific Rim Conference at Hong Kong University in 1999.