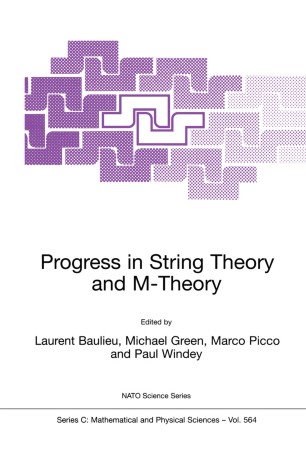 Progress in String Theory and M-Theory

Recent developments in supersymmetric field theory, string theory, and brane theory have been revolutionary. The main focus of the present volume is developments of M-theory and its applications to superstring theory, quantum gravity, and the theory of elementary particles. Topics included are D-branes, boundary states, and world volume solitons. Anti-De-Sitter quantum field theory is explained, emphasising the way it can enforce the holography principle, together with the relation to black hole physics and the way Branes provide the microscopic interpretation for the entropy of black holes. Developments in D-branes within type-I superstring and related theories are described. There are also possible phenomenological implications of superstring theory that would lie within the range of quantum gravity effects in the future generation of accelerators, around 1 TeV.