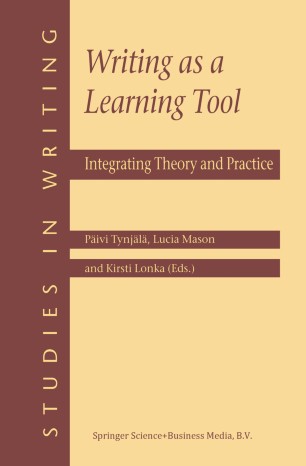 Writing as a Learning Tool

Part of the Studies in Writing book series (STUW, volume 7)

In a brief summary, the debate concerning the nature of writing processes is about whether the essential characteristic of expertise in writing is a matter of mastering problem-solving strategies. In this respect, the role of social and interactive factors, such as writers' familiarity with the particular genre in which they are writing and their relationship with the discourse community in which they are participating, have been pointed out (e.g. Nystrand, 1989). According to the socio-interactive approach, which refers to Vygotsky's theory, the composition process is a dialogue between the writer and the reader made possible by socially shared knowledge. The meaning of a text is a social construct that is negotiated between the reader and the writer through the medium of the text. The importance of motivational aspects has also been highlighted by two main lines of research, studies of the relationship between writing and self-efficacy (e.g. Pajares & Johnson, 1994, 1996) and studies of the role of interest in the production of expository texts (e.g. Albin, Benton & Khramtsova, 1996; Benton, Corkill, Sharp, Downey, Khramtsova, 1995; Hidi & McLaren, 1990, 1991). Self-efficacy, in this context individuals' beliefs about their ability to produce certain types of texts, have been found to be predictive of writing skills, strategy use and writing performance.