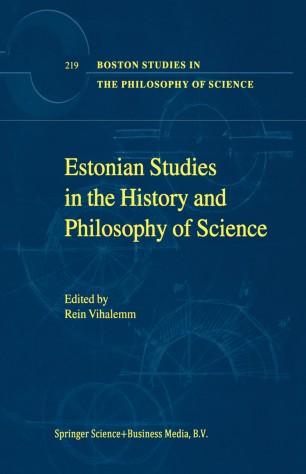 Estonian Studies in the History and Philosophy of Science

Part of the Boston Studies in the Philosophy of Science book series (BSPS, volume 219)

The development of geography also forms an interesting chapter in the history of the University ofTartu and in that of Estonian science in general. On the one hand, geography is a natural science in the broader sense ofthe word, on the other hand it is a study of human activity. This status of geography makes it particularly sensitive to the cultural and political circumstances under which scholarship and science have developed in Estonia. The article by Professor of Human Geography Ott Kurs (born 1939) and historian of science (PhD in geography) Erki Tamrniksaar (born 1969) "In Political Draughts Between Science and the Humanities: Geography at the University ofTartu Between the th th 17 -20 Centuries" is devoted to this topic. Among other things, the article states that regular instruction in geography started at the University of Tartu in 1826, when the second chair of geography in Europe was established here. Although the present book does not contain any studies on philosophy at th Tartu University in the 19 century, I would still like to mention two names. th In the early 19 century, I. Kant's philosophy was dominant at Tartu Uni­ versity. One of Kant's pupils, Gottlob Benjamin Jasche (1762-1839), who had worked under him as a Privatdozent in Konigsberg, served as a professor here from 1802-1839. In the history of philosophy he is primarily known as the publisher of Kant's Logic.