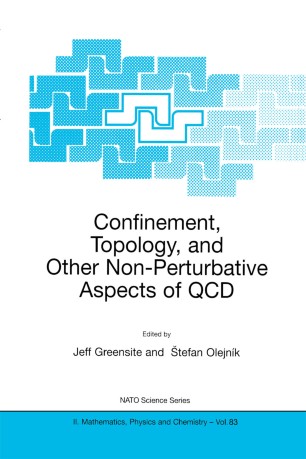 Confinement, Topology, and Other Non-Perturbative Aspects of QCD

The problem of quark confinement is one of the classic unsolved problems of particle physics and is fundamental to our understanding of the physics of the strong interaction and the behaviour of non-Abelian gauge theories in general. The confinement problem is also are area in which concepts from topology and techniques of computational physics both find important applications. This volume contains a snapshot of current research in this field as of January 2002. Particular emphasis is placed on the role of topological field configurations such as centre vortices and monopoles in proposed confinement mechanisms. Other topics covered include colour superconductivity, instantons and chiral symmetry breaking, matrix models and the construction of chiral gauge theories.