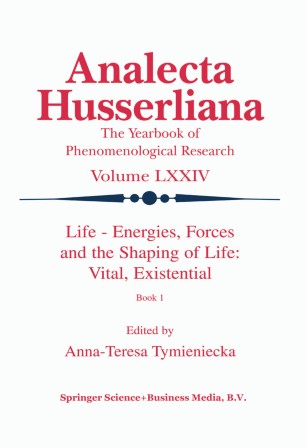 Life Energies, Forces and the Shaping of Life: Vital, Existential

The nature of life consists in a constructive becoming (see Analecta Husserliana vol. 70). Though caught up in its relatively stable, stationary intervals manifesting the steps of its accomplishments that our attention is fixed. In this selection of studies we proceed, in contrast, to envisage life in the Aristotelian perspective in which energia, forces, and dynamisms of life at work are at the fore. Startling questions emerge: `what distinction could be drawn between the prompting forces of life and its formation? Or, is this distinction a result of our transcendental faculties?' The answers to these questions reveal themselves, as Tymieniecka proposes, at the phenomenologically ontopoietic level of life's origination where transcendentality surges.