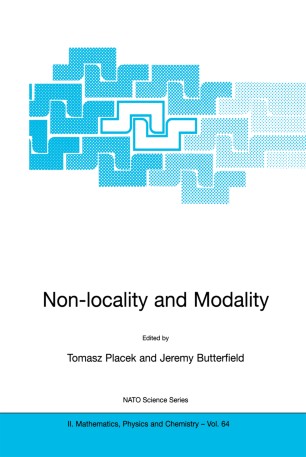 Quantum theory is the most successful of all physical theories: it has a towering mathematical structure, a vast range of accurate predictions, and technological applications. Its interpretation, however, is as unsettled now as in the heroic days of Einstein and Bohr.

This book focuses on quantum non-locality, the curious quantum correlations between spatially separated systems. Quantum non-locality was one subject of the debates between Einstein, Bohr and others such as Schrödinger. The topic was revived in the 1960s as a result of Bell's epoch-making theorems; since then it has been a very active research field, both theoretically and experimentally.

This book contains twenty new papers by eminent researchers, who report recent developments in both the physics of the subject and its philosophy. The physics topics covered include quantum information, the unsharp (positive-operator) approach to observables, the state-space approach, and the pilot-wave theory. The philosophy papers include precise studies of Bohr's reply to the original Einstein-Podolsky-Rosen non-locality paradox, and of non-locality's relation to causation, probability and modality.