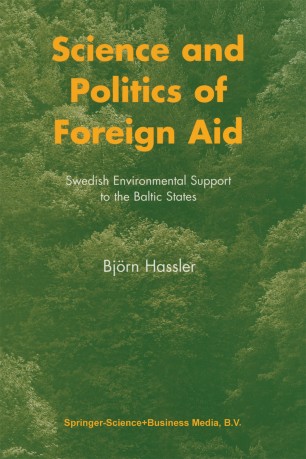 Science and Politics of Foreign Aid

Contemporary international aid consists of a wide range of various support programs, where the end-result in many cases not only reflects the needs of the recipient country, but also the interests of the donor country. In Science and Politics of Foreign Aid - Swedish Environmental Support to the Baltic States it is shown that this particular support has been directed primarily towards areas of joint concern, such as air pollution and effluents to the Baltic Sea. Environmental problems with primarily local effects have, to a large extent, been neglected in the Swedish support program. The requirement on the Baltic recipient countries to finance a specific fraction of each joint program with local resources has furthermore drained the local national environmental budgets from resources, making it very difficult for these countries to mitigate various local environmental hazards by themselves.

In contrast to many previous foreign aid studies where various donor country biases often are suggested but not empirically validated, this book gives an in-depth view of how a particular support program is influenced by specific and self-interested considerations.