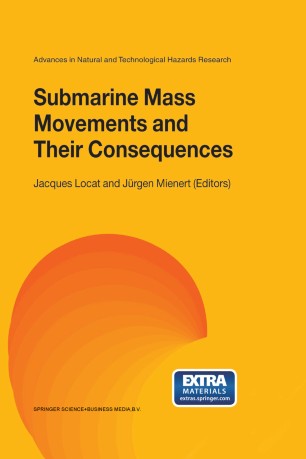 Submarine Mass Movements and Their Consequences

Did you know that the Grand Bank earthquake of 1929 triggered a huge submarine mass movement which broke submarine cables over a distance of up to 1000 km from its source and generated a tsunami which devastated a small village in Newfoundland killing 27 people? The same happened in Papua New Guinea in 1998 with more than 2000 casualties. Submarine mass movements of various sizes and styles are shaping the sea floor and are of concern for many facets of human activities both onshore and offshore. These include the development of natural resources, energy and communication transport, coastal infrastructures and communities. This book provides a world-wide perspective of submarine mass movements and their consequences. This has been made possible by assembling excellent contributions from active researchers, groups, or institutions, thus providing full coverage of the many scientific and engineering aspects of this type of marine and coastal geo-hazard. It covers fundamental as well as site specific studies from many areas including the Atlantic and Pacific oceans, inner seas like the Mediterranean Sea, and fjords using the most recent technologies from multibeam sonar imaging techniques, 3D seismic analysis, slope stability analysis, to debris flow and tsunami modeling.

Audience: This book is of interest to any researcher in the field of marine and coastal geo-hazards. It will be useful for planners, scientists and engineers involved in the development of offshore and near-shore resources and also to those in charge of the management and mitigation of coastal hazards. For graduate students, this book provides an up-to-date vision of the process of submarine mass movements and their consequences from both a scientific and an engineering standpoint, and it includes a unique collection of the existing literature on marine geo-hazards.

CD-Rom included
This volume contains a CD-Rom which in addition to an electronically searchable version of the contributions, has full colour versions of figures which are printed in black and white in the book.