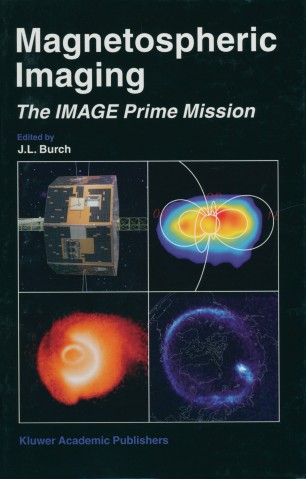 The Imager for Magnetopause-to-Aurora Global Exploration (IMAGE) is a NASA Explorer mission that is the first space mission dedicated to imaging of the Earth's magnetosphere. IMAGE was launched from Vandenberg AFB into an elliptical polar orbit by a Delta II launch vehicle on March 25, 2000. The two-year prime sci­ entific mission of IMAGE began on May 25, 2000 after instrument commissioning was successfully completed. IMAGE has now been approved for operation until October 1,2005, and an additional two-year extension is now being considered by NASA. The papers in this volume represent many of the scientific results obtained dur­ ing the IMAGE prime mission and include some of the early correlative research with ground-based measurements, measurements from other spacecraft such as Cluster II, and relevant theory and modeling programs. All of the reported work is related to the overall IMAGE science objective: How does the magnetosphere respond globally to the changing conditions in the solar wind? IMAGE addresses this question with multi-spectral imaging of most of the important plasma pop­ ulations of the inner magnetosphere, combined with radio sounding of gradients of total plasma content. The new experimental techniques fall into the following areas: neutral atom imaging (NAI) over an energy range from 10 eV to 500 keY for detection of ionospheric outflow, the plasma sheet, and the ring current; far ultraviolet (FUV) imaging at 121-190 nm for detection of precipitating protons and the global aurora; extreme ultraviolet (EUV) imaging at 30.