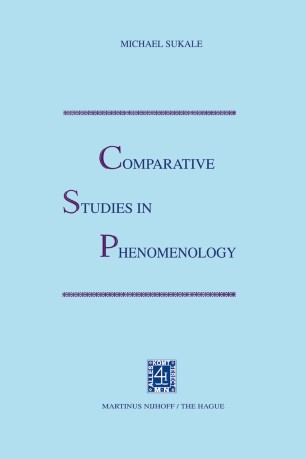 The essays which are collected in this book were written at various intervals during the last seven years. The essay "Heidegger and Dewey," which is the last one to be printed in the book, was actually the first one I wrote. It was written as a seminar paper for John D. Goheen's course on Dewey in the Spring of 1968 at Stanford University where I was a second-year graduate student. The paper went unchanged into my thesis "Four Studies in Phenomenology and Pragmatism," which I eventually submitted in 1971, and it is here reprinted with no alteration except for the title. A first version of the two essays on Sartre was written in the Spring of 1969 during my first year of teaching at Princeton University. Even­ tually I decided to break the essay into two parts. A shortened version of "Sartre and the Cartesian Ego" was read at the Eastern Division Meeting of the American Philosophical Association in December 1973.