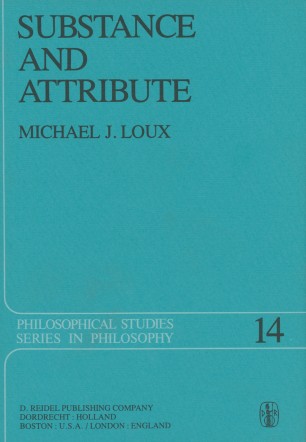 A Study in Ontology

In this book I address a dichotomy that is as central as any in ontology - that between ordinary objects or substances and the various attributes (Le. , properties, kinds, and relations) we associate with them. My aim is to arrive at the correct philosophical account of each member of the dichotomy. What I shall argue is that the various attempts to understand substances or attri­ butes in reductive terms fail. Talk about attributes, I shall try to show, is just that - talk about attributes; and, likewise, talk about substances is just tha- talk about substances. The result is what many will find a strange combina­ tion of views - a Platonistic theory of attributes, where attributes are univer­ sals or multiply exemplifiable entities whose existence is independent of "the world of flux", and an Aristotelian theory of substance, where substances are basic unities not reducible to metaphysically more fundamental kinds of things. Part One is concerned with the ontology of attributes. After distinguishing three different patterns of metaphysical thinking about attributes, I examine, in turn, the phenomena of predication, resemblance, and higher order quanti­ fication. I argue that none of these phenomena by itself is sufficient to establish the inescapability of a Platonistic interpretation of attributes. Then, I discuss the phenomenon of abstract reference as it is exhibited in the use of abstract singular terms.