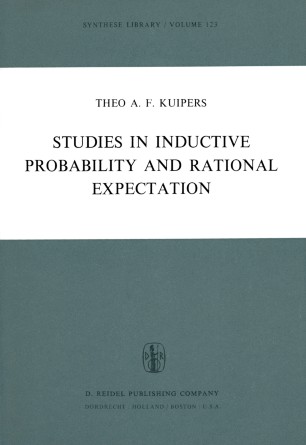 3 in philosophy, and therefore in metaphilosophy, cannot be based on rules that avoid spending time on pseudo-problems. Of course, this implies that, if one succeeds in demonstrating convincingly the pseudo-character of a problem by giving its 'solution', the time spent on it need not be seen as wasted. We conclude this section with a brief statement of the criteria for concept explication as they have been formulated in several places by Carnap, Hempel and Stegmiiller. Hempel's account ([13J, Chapter 1) is still very adequate for a detailed introduction. The process of explication starts with the identification of one or more vague and, perhaps, ambiguous concepts, the so-called explicanda. Next, one tries to disentangle the ambiguities. This, however, need not be possible at once. Ultimately the explicanda are to be replaced (not necessarily one by one) by certain counterparts, the so-called explicata, which have to conform to four requirements. They have to be as precise as possible and as simple as possible. In addition, they have to be useful in the sense that they give rise to the formulation of theories and the solution of problems. The three requirements of preciseness, simplicity and usefulness. have of course to be pursued in all concept formation.

Professor Theo Kuipers is the author of From Instrumentalism to Constructive Realism (Synthese Library 287, 2000). He is the leader of the Groningen Research Group `Cognitive Structures in Knowledge and Knowledge Development', which gained the highest possible scores in two successive assessments of Dutch philosophical research by international committees.