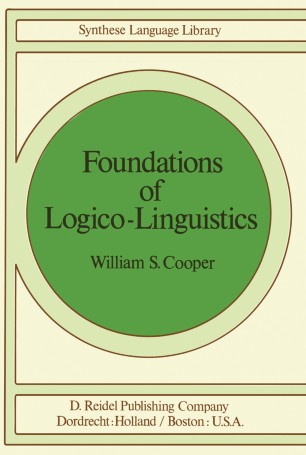 A Unified Theory of Information, Language, and Logic

In 1962 a mimeographed sheet of paper fell into my possession. It had been prepared by Ernest Adams of the Philosophy Department at Berkeley as a handout for a colloquim. Headed 'SOME FALLACIES OF FORMAL LOGIC' it simply listed eleven little pieces of reasoning, all in ordinary English, and all absurd. I still have the sheet, and quote a couple of the arguments here to give the idea. • If you throw switch S and switch T, the motor will start. There­ fore, either if you throw switch S the motor will start, or, if you throw switch T the motor will start . • It is not the case that if John passes history he will graduate. Therefore, John will pass history. The disconcerting thing about these inferences is, of course, that under the customary truth-functional interpretation of and, or, not, and if-then, they are supposed to be valid. What, if anything, is wrong? At first I was not disturbed by the examples. Having at that time consider­ able personal commitment to rationality in general and formal logic in par­ ticular, I felt it my duty and found myself easily able (or so I thought) to explain away most of them. But on reflection I had to admit that my expla­ nations had an ad hoc character, varying suspiciously from example to example.