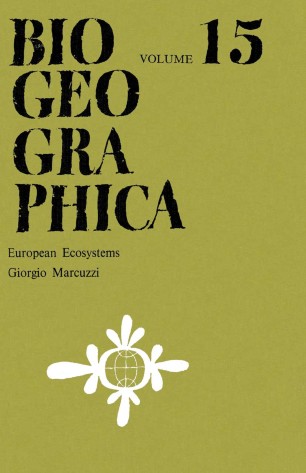 There are many works, written in several European languages, on general, animal, and more especially vegetational ecology, but the space devoted to the study and description of the various ecosystems - both terrestrial and aquatic - of Europe is very limited, and this even in the books of European workers. Indeed, today we are in the strange position that, while some extra-European continents or parts of continents such as South Africa, the west part of South American, Australia, the arid zones of the Old World, not to mention Antarctica (that recentlY has at­ tracted the attention of a great number of students) have been very thoroughly studied and illustrated - for European ecosystems we have very scant informa­ tion, if we make allowance for the many analytical works on single natural or artificial environments (generally belonging to Central or Northern Europe). We have a beautiful book on the animal ecology of Palestine (today comprising Israel plus Jordan) written in the mid-thirties by Bodenheimer. However, Palestine does not belong to Europe, although some of the ecological and geographical peculiar­ ities of the western part of the country do correspond very closely to those of Southern Europe.