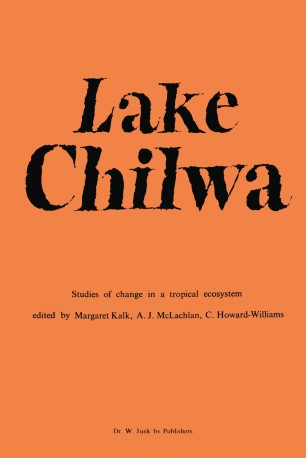 Studies of Change in a Tropical Ecosystem

Leonard C. Beadle In contrast to the more sta bie oceans, inland waters are, on the geological time scale, short-lived and are subject to great fluctuations in chemical composition and physical features. Very few lakes and rivers have existed continuously for more than a million years, and the life of the majority is to be measured in thousands or less. Earth movements, erosion and long-term climatic changes in the past have caused many of them to appear and disappear. No wonder then that most freshwater organism are especially adapted to great changes and many even to temporary extinction of their environment. Recent studies of residual sediments from existing and extinct lakes in tropical Africa have told us much about their age and the past history of their faunas and floras, from which we may deduce something about the climate and the conditions in the water in the past. The forces that have formed and moulded the African Great Lakes have been catastrophic in their violence and effects. They are not yet finished, but the present rate of change is, in human terms, too slow for direct observation of the ecological effects. The large man-made lakes are providing very good opportunities for studying the chemi­ cal and biological consequences of the initial filling but, once filled, they are artificially protected against major fluctuations.