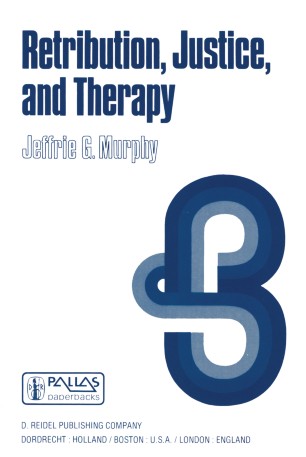 Essays in the Philosophy of Law

One might legitimately ask what reasons other than vanity could prompt an author to issue a collection of his previously published essays. The best reason, I think, is the belief that the essays hang together in such a way that, as a book, they produce a whole which is in a sense greater than the sum of its parts. When this happens, as I hope it does in the present case, it is because the essays pursue related themes in such a way that, together, they at least form a start toward the development of a systematic theory on the common foundations supporting the particular claims in the particular articles. With respect to this collection, the essays can all be read as particular ways of pursuing the following general pattern of thought: that a commitment to justice and a respect for rights (and not social utility) must be the foundation of any morally acceptable legal order; that a social contractarian model is the best way to illuminate this foundation; that a retributive theory of punish­ ment is the only theory of punishment resting on such a foundation and thus is the only morally acceptable theory of punishment; that the twentieth century's faddish movement toward a "scientific" or therapeutic response to crime runs grave risks of undermining the foundations of justice and rights on which the legal order ought to rest; and, finally, that the legitimate worry about the tendency of the behavioral sciences to undermine the values of