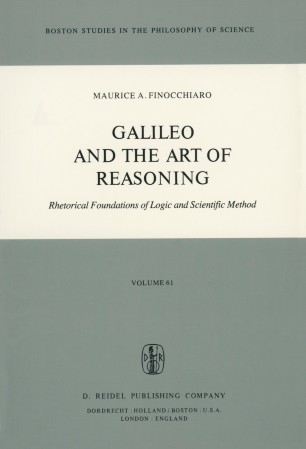 Galileo and the Art of Reasoning

Part of the Boston Studies in the Philosophy of Science book series (BSPS, volume 61)

The work of Galileo has long been important not only as a foundation of modern physics but also as a model - and perhaps the paradigmatic model - of scientific method, and therefore as a leading example of scientific rationality. However, as we know, the matter is not so simple. The range of Galileo readings is so varied that one may be led to the conclusion that it is a case of chacun a son Galileo; that here, as with the Bible, or Plato or Kant or Freud or Finnegan's Wake, the texts themselves underdetermine just what moral is to be pointed. But if there is no canonical reading, how can the texts be taken as evidence or example of a canonical view of scientific rationality, as in Galileo? Or is it the case, instead, that we decide a priori what the norms of rationality are and then pick through texts to fmd those which satisfy these norms? Specifically, how and on what grounds are we to accept or reject scientific theories, or scientific reasoning? If we are to do this on the basis of historical analysis of how, in fact, theories came to be accepted or rejected, how shall we distinguish 'is' from 'ought'? What follows (if anything does) from such analysis or reconstruction about how theories ought to be accepted or rejected? Maurice Finocchiaro's study of Galileo brings an important and original approach to the question of scientific rationality by way of a systematic read­