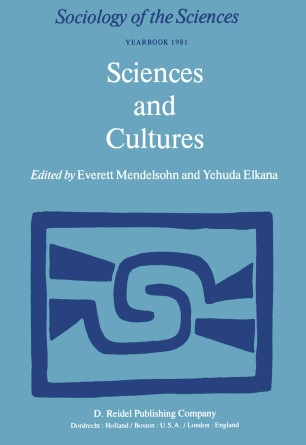 Anthropological and Historical Studies of the Sciences

Part of the Sociology of the Sciences a Yearbook book series (SOSC, volume 5)

Anthropological approaches to the sciences have developed as part of a broader tradition concerned about the place of the sciences in today's world and in some basic sense concerned with questions about the legitimacy of the sciences. In the years since the second World War, we have seen the emergence of a number of different attempts both to analyze and to cope with the successes of the sciences, their broad penetration into social life, and the sense of problem and crisis that they have projected. Among the of movements concerned about the earlier responses were the development social responsibility of scientists and technological practitioners. There is little doubt that this was a direct outgrowth of the role of science in the war epitomized by the successful construction and catastrophic use of the atomic bomb. The recognition of the deep social utility of science, and especially its role as an instrument of war, fostered curiosity about the earlier develop­ ment of scientific disciplines and institutional forms. The history of science as an explicit diSCipline with full-time practitioners can be seen as an attempt to locate science in temporal space - first in its intellectual form and second­ ly in its institutional or social form. The sociology of science, while certainly having roots in the pre-war work of Robert K.