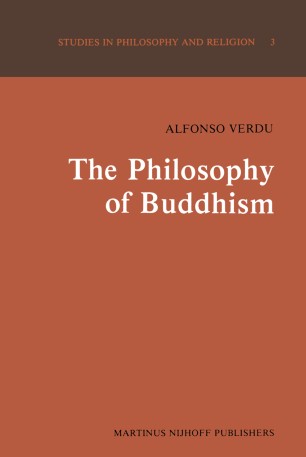 The Philosophy of Buddhism

Part of the Studies in Philosophy and Religion book series (STPAR, volume 3)

The riddles that world-causation pose to the human mind lie at the bottom of all cosmological systems of thought. In their origins, all philosophical attitudes are conditioned by partiality and "perspectivism. " The philosopher's attempted flight towards the seemingly remote kingdom of truth is often aborted by the binding twines of perspectival language. Thus his insights lose themselves in conflicting, contradictory manifestos. Greek cosmology, as it is formally set forth by the pre-Socratics, is a clear example of this weary pilgrimage of mind's embodied vision from angle to angle, from perspective to perspective. Not less is to be expected from the systems of Hinduism and, mutatis mutandis, also of Buddhist thought. More confined from the very outset to the study of reality as a study of human existence, of its awareness of embodiment, of its spatio-temporal bondage, and of its ultimate ontological status, Buddhism gave rise to truly astounding theories of "life-world" causation. The process of Buddhist thought, as it refers to the nature of the human experience as "in-the-world" existence, covers a vast range of doctrines, from original theories of pluralism and phenomenalism with sectional, multifarious and relativistic notions of causality, through the unitary conceptions of monistic idealism, up to the top of universal integrationism and dialectical totalism.