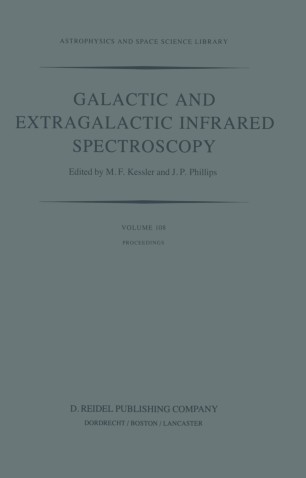 The last major conference on infrared astronomy was the IAU Symposium No. 96 in June 1980. Since then, the discipline has continued to mature and to contribute to all branches of astrophysics. One particular area of growth has been in spectroscopic capabilities at all infrared wavelengths. The purpose of the Symposium in Toledo was to review the scientific questions to be addressed via infrared spectroscopy and to provide, in the proceedings, a useful summary of the field. The sensitivity of infrared spectroscopic observations is still generally limited by detector characteristics or by thermal background radiation. However in recent years improvements in detector technology together with developments in spectroscopic instrumentation have made possible both quite detailed spectroscopy of the brighter members of many classes of galactic sources and also begun to open up some infrared spectroscopy of extragalactic sources. The potential of the field in the next decade or two is clear. The lRAS mission has completed one of the pre-requisites, namely an all-sky photometric survey. Major space missions utilising cryogenic infrared telescopes have been approved in Europe (ISO) and seem likely in the USA (SIRTF); plans for space submillimeter telescopes are firming up. On the ground large telescopes optimized for infrared observations are now in operation at high altitude sites and specialized submillimeter facilities are under construction. The particular advantages of planned, very large telescopes for infrared observations are widely accepted.