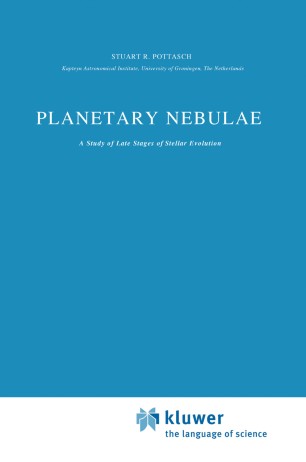 A Study of Late Stages of Stellar Evolution

The purpose of this book is to give a detailed description of the planetary nebulae including the relevant astronomical observations and their interpretation. Considerable attention is given to the evolution of these objects as well as to their physical characteristics. I t is hoped that the book be useful to both advanced research workers and to students with some background in astronomy. In this regard, the book should serve as a text as well as a reference work. The many tables included are expected to be useful for both purposes. The references are generally not included in the text except for historical purposes in an effort to improve readability. References are given at the end of each chapter together with sufficient text to describe their content. No attempt has been made to make the list of references complete; on the contrary it has generally been limited to the most recent literature on the subject which in turn refers to earlier research. Again, exceptions have been made for references of historical interest.