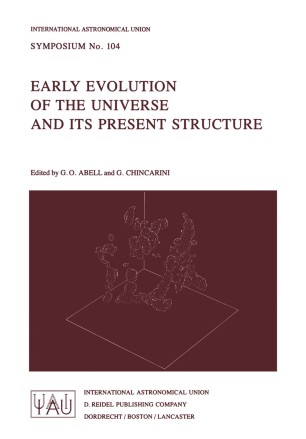 Early Evolution of the Universe and its Present Structure

Since the last International Astronomical Union Symposium that dealt with matters cosmological, there have been dramatic advances, both on the observational and theoretical fronts. Modern high-efficiency detectors have made possible extensive magnitude-limited redshift surveys, which have permitted observational cosmologists to construct three-dimensional maps of large regions of space. What seems to emerge is a distribution of matter in extensive, flat, but probably filamentary, and possibly interconnected, superclusters, serving as interstices between vast voids in space. Meanwhile, theoretical ideas that were highly speculative a few years ago have begun to be taken seriously as possibly describing conditions in the very early universe. And brand new ideas, such as that of the inflationary universe, hold promise of solving outstanding observational, theoretical, and philosophical problems in cosmology. A new look at grand unified theories and concepts of supersymmetry have brought observational and theoretical cosmologists to a common meeting ground with modern particle physicists.