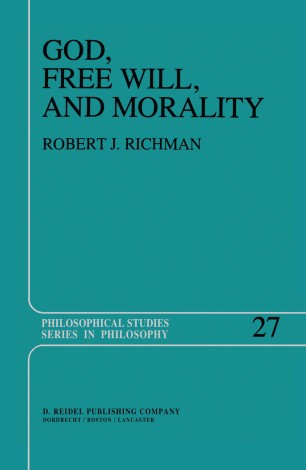 God, Free Will, and Morality

Prolegomena to a Theory of Practical Reasoning

"He [Francis Bacon] writes of science like a Lord Chan cellor" - William Harvey "Don't say: 'There must be something common . . . ' - but look and see" Ludwig Wittgenstein In the history of western moral philosophy since Plato, there has been a pervasive tendency for the moral theorist to wri~e, in effect, like a scientist, Le. to seek completely general prin­ ciples of right conduct. Of late, moreover, there has been an attempt to set forth a theory underlying the general principles, not of right conduct, admittedly, but of justice. To be sure, we are sometimes warned that the principles (which must exist?) may be too complex to be formulated. Also they may not exist prior to action - nonetheless, we are told, they serve as guides to conduct! One inight argue that Baconian inductivism provides one basis for skepticism with respect to a number of familiar epistemological problems. Thus, the skeptic argues, a certain conclusion - say, the existence of another's pain - is not justified on the basis of (behavioral) evidence either deductively or inductively, and hence it is not justified at all. Similarly, I should claim, by establishing an unattainable standard, the search for exceptionless principles may become a source of moral skepticism. After all, when con­ fronted with a supposed principle designed to justify a particular ix x PREFACE action, one can generally imagine a counter-example to the prin­ ciple without excessive difficulty.