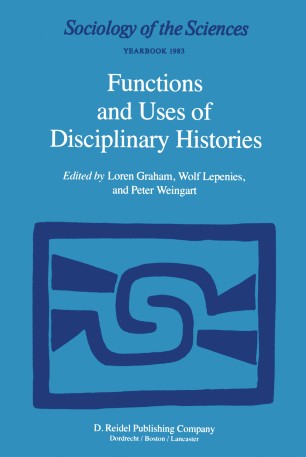 Functions and Uses of Disciplinary Histories

Part of the Sociology of the Sciences a Yearbook book series (SOSC, volume 7)

Edward Gibbon's allegation at the beginning of his Essay on the Study of Literature (1764) that the history of empires is that of the miseries of humankind whereas the history of the sciences is that of their splendour and happiness has for a long time been accepted by professional scientists and by historians of science alike. For its practitioner, the history of a discipline displayed above all the always difficult but fmally rewarding approach to a truth which was incorporated in the discipline in its actual fonn. Looking back, it was only too easy to distinguish those who erred and heretics in the field from the few forerunners of true science. On the one hand, the traditional history of science was told as a story of hero and hero worship, on the other hand it was, paradoxically enough, the constant attempt to remind the scientist whom he should better forget. It is not surprising at all therefore that the traditional history of science was a field of only minor interest for the practitioner of a distinct scientific diSCipline or specialty and at the same time a hardly challenging task for the professional historian. Nietzsche had already described the historian of science as someone who arrives late after harvest-time: it is somebody who is only a tolerated guest at the thanksgiving dinner of the scientific community .