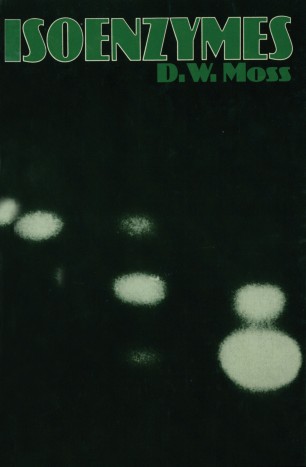 The increased interest in multiple forms of enzymes that began with the application of new methods of fractionation to preparations of enzymes and other proteins some 25 years ago led quickly to an appreciation that the existence of enzymes in multiple forms, or isoenzymes, is a general phenomenon. The results of pioneering studies and those which followed in the early years of isoenzyme research consisted, not surprisingly, mainly of descriptions of the existence and characteristics of hetero­ geneity in various enzyme systems. Summaries of these results were provided in books such as J . H. Wilkinson's I soenzymes, the first edition of which appeared in 1965. Some clearer ideas of the nature of the phenomena had become apparent by the time that the second edition of Isoenzymes was called for in 1970, and a limited use of the word isoenzymes itself, to describe only certain of the various categories of enzyme multiplicity then recognized, was already being proposed. Nevertheless, a largely enzyme-by-enzyme oTganization of the contents of the book was still appropriate. Considerable advances, both experimental and conceptual, were made in isoenzyme research in the 1970s, and in 1977 Professor Wilkinson suggested to the present author that these should be taken into account in a joint revision of Isoenzymes. Professor Wilkinson's untimely death put. an end to this project and the present book is therefore the work of a single author.