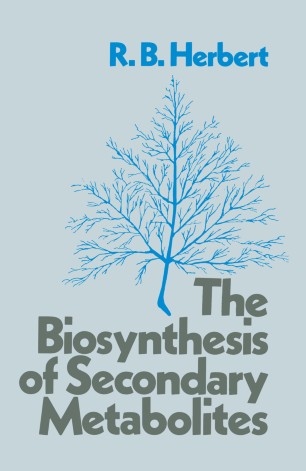 The Biosynthesis of Secondary Metabolites

This is a book about experiments and results of experiments. The results described are the fruit of thirty years' labour in the field of secondary metabolism. Secondary metabolism, more than any other part of the chemistry of life, has been the special preserve of organic chemists. Investiga­ tion of secondary metabolism began with curiosity about the struc­ tures of compounds isolated from natural sources, i.e. secondary metabolites. Coeval with structure determination there has been a curiosity about the origins and mechanism of formation of secondary metabolites (or natural products as they have been called). It is the experimental outcome of this curiosity that is described here. This account is primarily intended to be an introduction to the biosynthesis of secondary metabolites. I have also endeavoured, however, to make the book as comprehensive as possIble. This has meant that some of the material has had to be presented in abbrevi­ ated form. The abbreviated material is largely confined to particular sections of the book. The paragraphs marked with a dagger (t) can be omitted by the reader wishing to acquire a general introduction to the subject. A blend of the most significant and the most recent references is cited to provide the reader with ready access to the primary litera­ ture. This is clearly most necessary for the material presented in abbreviated form. Relevant reviews are also cited.