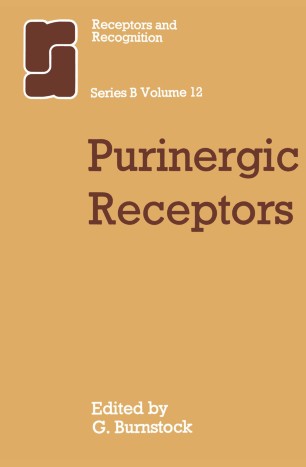 Fifty-odd years have elapsed since the first observation of the response of visceral smooth muscle to an adenine nucleotide was reported by Drury and Szent Gyorgi (1929). It is now known that purinergic receptors mediating responses to adenosine and the adenine nucleotides (AMP, ADP and ATP) are present in all types of visceral smooth muscle. Adenine itself and other endogenous purine derivatives appear to have no direct effects, or only minimal effects, on most visceral smooth muscles. Airway smooth muscle is an exception in this regard, and responds to purine bases and non-adenine nucleosides and nucleotides. Knowledge of the distribution of purinergic receptor sites on the plasma membrane of visceral musculature has grown particularly rapidly since Burnstock and his colleagues (1970) proposed that ATP, or a related adenine derivative, is the inhibitory transmitter released from non­ cholinergic non-adrenergic nerves present in the gut. Much evidence has been presented favoring the view that ATP is the inhibitory transmitter, and evidence to the contrary has also been put forward. The hypothesis remains controversial primarily because specific blockers of the postsynaptic purinergic site, with which the hypothesis might be tested, have not been found. Nevertheless, the numerous studies designed to investigate the purinergic nerve hypothesis have generated much information concerning the nature of the purinergic receptors in visceral smooth muscle.