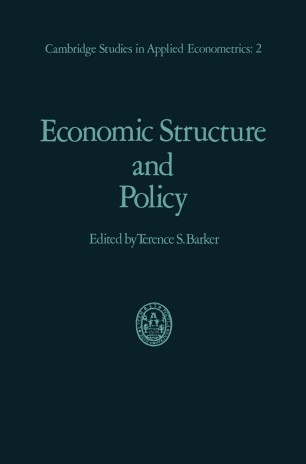 with applications to the British economy

Since the first statement of the aims and methods of the Cambridge Growth Project, which appeared in 1962 as the first number of our former series A Programme for Growth, we have produced a volume on the state ofthe model and on projections derived from it at roughly five year intervals: Exploring 1970 (1965), Exploring 1972 (1970) and now the present book. A comparison of these publications shows the directions in which we have developed our model. First, we have been able to model more parts of the economy and to model them better; and, second, by adopting a targets-and-instruments approach, we have been able to tackle questions of policy. As a consequence of the first of these improvements, the model has become more closely knit and variables which were previously exogenous have become endogenous; and, as a consequence of the second, the model has become less rigid and can be used to suggest policies for correcting some ofthe undesir­ able features that emerge from the projections.