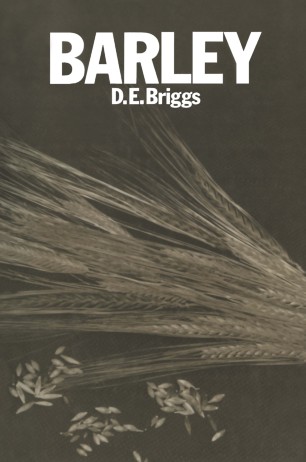 This book was written to provide an integrated account of barley, induding its cultivation, nature and uses. An attempt has been made to cut across the unjustified and obstructive divisions between pure science, applied science, technology, botany, biochemistry, agronomy, and so on. Limitations of space preclude the use of more illustrative material or references, or even complete accounts of various topics. However sufficient information is given to enable the reader to understand the general principles and to find his or her way readily into the literature to obtain further information. Emphasis has been placed on general principles rather than details. In becoming familiar with the literature one becomes acquainted with the effects of the cereal or religion, the English language and the development of agriculture and biochemistry. The comparison between 'parallel literatures' is often stimulating also. For example one is forced to conclude that many of the agricultural problems of poor 'seed vigour' would be overcome if seedsmen used the maltsters techniques for breaking dormancy and speeding 'post-harvest maturation'. Barley is the world's fourth most important cereal after wheat, rice, and maize. It is the most widely cultivated, being grown from the equator to 700N (Scandinavia), from the humid regions of Europe and Japan to the Saharan and Asiatic Oases, and from below sea level in Palestine to high up mountains in the Himalayas, E. Africa and S. America. Some­ where in the world it is being sown or harvested at every time of the year.