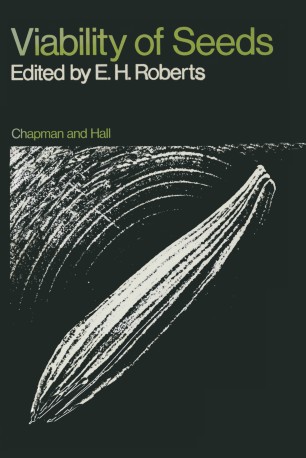 From prehistoric times man has had a pecial s relationship with seed plants - as a source of food, materials for tools, buildings, clothing and pharmaceuticals, and for ornamenting his surroundings for his own delight (probably in that chronological order which, incidentally, also gives some indication ofthe priorities oflife). Today man's most important staple foods are derived directly from seeds as they have been since neolithic times. (It is a sobering thought, as Harlan* has pointed out, that nothing significant has been added to his diet since then. ) From those times he must have learned to collect, conserve and cultivate seeds; and the accumulated experience has been handed down. This book then is part of an ancient tradition, for here we are still primarily concerned with these skills. Seeds are plant propagules comprised of embryos in which growth has been suspended, usually supplied with their own food reserves and protected by special covering layers. Typically they are relatively dry structures compared with other plant tissues and, in this condi­ tion) they are resistant to the ravages of time and their environment. But resistant is a relative tenn and seeds do deteriorate: the type, the extent and the rapidity of the deterioration, and the factors which control it are important to agronomists, horticulturalists, plant breeders, seedsmen, seed analysts, and those concerned with the conservation of genetic resources.