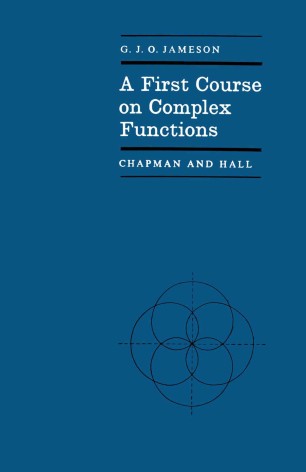 A First Course on Complex Functions

This book contains a rigorous coverage of those topics (and only those topics) that, in the author's judgement, are suitable for inclusion in a first course on Complex Functions. Roughly speaking, these can be summarized as being the things that can be done with Cauchy's integral formula and the residue theorem. On the theoretical side, this includes the basic core of the theory of differentiable complex functions, a theory which is unsurpassed in Mathematics for its cohesion, elegance and wealth of surprises. On the practical side, it includes the computational applications of the residue theorem. Some prominence is given to the latter, because for the more sceptical student they provide the justification for inventing the complex numbers. Analytic continuation and Riemann surfaces form an essentially different chapter of Complex Analysis. A proper treatment is far too sophisticated for a first course, and they are therefore excluded. The aim has been to produce the simplest possible rigorous treatment of the topics discussed. For the programme outlined above, it is quite sufficient to prove Cauchy'S integral theorem for paths in star-shaped open sets, so this is done. No form of the Jordan curve theorem is used anywhere in the book.