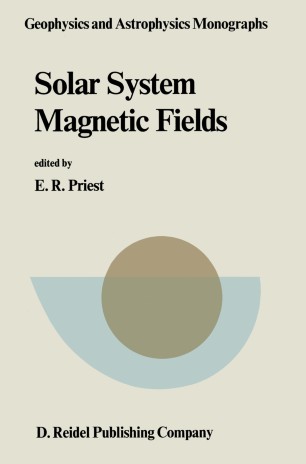 In September 1984 a Summer School on Solar System Plasmas was held at Imperial College with the support of the Science and Engineering Research Council. An excellent group of lecturers was assembled to give a series of basic talks on the various aspects of the subject, aimed at Ph. D. students or researchers from related areas wanting to learn about the plasma physics of the solar system. The students were so appreciative of the lectures that it was decided to write them up as the present book. Traditionally, different areas of solar system science, such as solar and magnetospheric physics, have been studied by separate communities with little contact. However, it has become clear that many common themes cut right across these distinct topics, such as magnetohydrodynamic instabilities and waves, magnetic reconnect ion , convection, dynamo activity and particle acceleration. The plasma parameters may well be quite different in the Sun's atmosphere, a cometary tailor Jupiter's magnetosphere, but many of the basic processes are similar and it is by studying them in different environments that we come to understand them more deeply. Furthermore, direct in situ measurements of plasma properties at one point in the solar wind or the magnetosphere complement the more global view by remote sensing of a similar phenomenon at the Sun.